Michelle felt sick to her stomach. It was like she being tossed by the waves, even though she was lying on her forest green couch which was very still. Closing her eyes she tried to fight against the waves, tried to deny what was causing them, but no matter how hard she tried the flashbacks rushed into her brain.

Why? Why now? It had been 4 years of Michelle successfully holding the pain in. She thought she was doing fine, and now out of the blue, it was like the band aid was ripped off her heart as it bled again. The past week it had felt like an octopus squeezing her and not letting go. Squeezing the pain out, whether she wanted it to come out or not. Like her Mom had always said, there is a point where the lid can’t stay on the pot any longer. A simmering pot will boil over!

Forcing herself up from the couch she decided to take a walk. Getting outside might help her be able to breathe again. She was sweating and needed some fresh air.

The cool wind hit her when she opened the door, it was blowing a little harder than she had thought, but that was fine. It was what she needed. She pulled her jacket a little tighter around her and walked out into the wind. Maybe it would pick her up and carry her away. Perhaps she could be like Dorothy and go flying into the air landing in some magical place where wishes could be granted by the great wizard! Though the wizard didn’t really turn out to be such a great wizard after all!

Michelle sighed and walked at a brisk pace. After walking for a little while she knew where she had to go. Her brain said No, but her heart knew she had to go and her feet listened to her heart. She started walking in the direction of the Golden Dawn Retirement Home.

Walking up to the front doors, her heart started hammering in her chest. Many times she had been here, but never had she come planning to spill her heart. She walked in through the doors.

“Hi Michelle!” Gayle, the receptionist welcomed her. “Your Momma told me you would be coming today.”

Gayle smiled, “It doesn’t matter honey whether you told her or not, Momma’s always know.”

Michelle gave a weak smile. Her Momma might know a lot, but she was sure that she didn’t know why Michelle was coming today. Michelle had perfected the art of keeping her pain and resentment inside.

Her Mom looked up from the puzzle that she was working on and spotted Michelle across the lobby, “Hi honey! I knew you would be here today! Come on over and help me with this puzzle.”

Michelle didn’t really feel in the mood to put a puzzle together, but she knew when her Mom was working on something she didn’t like to stop. She pulled up a chair and sat down at the table with her.

“Where is the box so I can see the whole picture?” Michelle asked.

Michelle stared at her Mom, how did she expect her to put a puzzle together when she didn’t even know what the picture was? Her Mom was passing some red pieces over to her and Michelle sighed, as she started trying to fit puzzle pieces together to see what they would form.

Her Mom didn’t talk much which was normal for when she was in deep concentration on a puzzle.

It didn’t take too long of steadily working until the puzzle was just about complete. Her Mom moved the final pieces over to Michelle to put in. With tears in her eyes Michelle put in the final letter. Her Mom rose up from her chair and walked over to Michelle, who was standing up now gazing upon the picture. They hugged, no words were needed, and the tumultuous waves in Michelle’s stomach had stopped churning. Tears rolled down her cheeks as she cried, letting go and letting peace flow through her heart like a river.

May not feel the heat, but watching the dancing flames can still warm the heart.

Behind a show of defiance can actually lie fears that one doesn’t want to admit!

Cherie was looking out of the window on the bus. Being the last stop, she always had a long ride home, but she didn’t mind. It gave her  plenty of time to think. Usually she was planning on what she and her friend Cindy would do when she got home. Plotting more tricks to play on Charlie and the twins, was typically at the top of their list. Today though, she was distracted, her mind was on the lesson they had learned at school.

Miss. Clark had told them about a man who had a dream. A man, Dr. King,  who dreamed of peace and tried his best to share his dream with the world. Cherie didn’t understand why some people didn’t like his dream. She was confused. She had friends whose skin color was different from hers, but she didn’t care, and neither did they!

Her friends were all different from each other. Johnny was really good at running, nobody could beat him, and Chris could climb a tree almost as fast as a squirrel! Lori, loved to sing, and she did almost all the time, until her brother Charlie would bop her on the head to be quiet. Charlie was the best at thinking of new games that they all could play and Cindy could kick a ball farther than any of them! That drove the boys crazy, but made the girls laugh. Talking about laughter, the twins usually kept them all in stitches with their wisecracks. Cherie was the animal lover in the group. She was the first to spot animals in the woods, and everyone loved playing with her dog, Buffy.  Cherie  could also out jump rope any of them!

They all had different things that they excelled in and Cherie was glad about that. She wouldn’t change a thing about her friends. They didn’t all like the same things. The twins loved to eat spinach, which just made them crazy in Cherie’s eyes, but they were welcome to all the spinach they wanted. She was thankful for being able to give them the spinach that her Mom sent to lunch with her. Whose Mom sent spinach to lunch? Her Mom said spinach helped one to grow, so Cherie felt like she was doing a good deed in helping the twins grow!

Lori always gave away her peach pie that her Mom would pack in her lunch. Who didn’t like peaches? Cherie thought Lorie had to be the only one, and she was so happy every day that she got picked to have a slice of the coveted peach pie. Cindy was more on the shy side, but that was okay with everyone. They needed someone that was quiet, for Lori tended to give them all a headache! Oh and when any one of them needed an answer to a math problem Charlie was the one to ask, he could give you the answer in a flash! If you needed to know how to spell, just ask Chris. He could spell Mississippi!

They all were different, it was true, but when it came down to the important things they all were the same. They all cared for each other. They had made pinky swear promises about their friendship and no one dare break them. They all loved to laugh and have fun. The twins you really had to watch for they could be sly. Boys could be so full of mischief thought Cherie, but sometimes the girls were able to outwit them.

The bus was slowing, the time had gone fast. Cherie hoped that Dr. King would  someday have his dream come true, for not liking someone just because they are different from you, would never make any sense to her!

Oh, there was Cindy, waving at her from the curb, and Oh No, the twins were sneaking up on her with something behind their backs!  Cherie bet they had water balloons. The bus stopped and she ran down the aisle and out the door, “Cindy, LOOK OUT!”

“I have a dream, a song to sing
To help me cope with anything
If you see the wonder of a fairy tale
You can take the future even if you fail”

“I have a dream, a fantasy
To help me through reality”

“I Have a Dream” by ABBA

Sometimes even though one has heard a song so many times, there will be a time when the lyrics speak something different to them. That happened to me with the above song.

I love ABBA’s music and also the great “Mama Mia” movie! I have always liked this song, but the other day the words that I posted grabbed me in a different way.  They made me think of my writing.

I love to write, or I simply wouldn’t do it. Writing makes me happy and its also a stress release for me at times. When Colin and I were writing “The Odessa Chronicles”, life was turning me upside down! I greatly enjoyed escaping to Moonbeam Farm with my dear fictional, (SSH! Don’t tell them that they aren’t real!) friends. If you would like more information on a book that will help you escape the real world for awhile, you can click on the book cover in the right hand margin.

Writing helped me through reality. “if you see the wonder of a fairytale, you can take the future, even if you fail.”

I am so thankful that I writing can help me when times get tough and it brings me joy in all the happy times as well.

What brings you joy? What helps you get through reality, when reality is harsh? I hope there is something that helps you find release, for I feel its so important! We all deal with stress, especially with this past year. Please don’t let it get the best of you, and don’t let it build up. Take time each day to just breathe!

Here is a video clip of the ABBA song. Its the clip taken from the movie. “Mama Mia!”  I love just watching the sparkling ocean water.

Peace can be found in the stillness … but also in the roar of the waterfall! 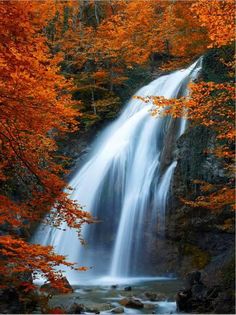 A wolf can dress up in sheep’s clothing, but it can’t disguise its eyes, the eyes don’t lie!

I would be in trouble if curiosity really did kill the cat … Tomorrow my 2 day surprise getaway starts … Feeling loved!