Here is a link to Part 2 from yesterday. Life with the Fairies  Thanks for reading and I hope you enjoy Part 3 which was supposed to be the Conclusion, but … 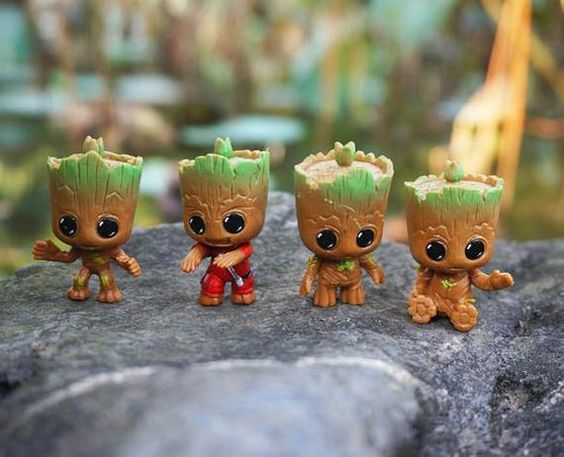 Princess Iridessa was looking at the picture that she held in her hands. The one Laylie had given her. Now she knew what the guys with no names looked like. The ones she was supposed to look out for. They sure did look scary, compared to the good fairies that were all around her.

Iridessa was sitting in another part of the amazing forest today. She was alone and she knew she shouldn’t be. Poor Trillinia was probably looking all over for her, but Iridessa just had to get away. She did love the kind fairies, but being surrounded by someone 24/7 was beginning to drive her a little crazy. She had to just grab a few moments alone. It had felt so good sitting here and watching the butterflies fly around her. She decided she should really get back, so as not to worry anyone. Standing up, she deeply breathed in the wonderful scent of the flowers once more and started down… What was that sound? It sounded like someone was behind … !

The nameless guys sat down on a rock after going a few miles.

“Whose idea was it to drug her? She is getting really heavy to carry.”

“Well would you rather we have let her scream and alert all the fairies that are all around? You know the magic powers they have!

“I think its safe for us to rest here a little bit. This really is quite a lovely place. Look at those flaming orange butterflies, they seem to be staring right at us. Where did I put my camera?”

Trillinia didn’t know what else to do. She had looked everywhere for Princess Iridessa, but couldn’t find her. She would have to tell Felicity, who she was sure would be quite upset with her. She slowly started walking towards Felicity’s little house, when Laylie came rushing down the path towards her with a frantic look on her face.

“Quick! Alert all the fairies! Princess Iridessa has been captured, the butterflies will show us where she is.

Trillinina gasped and rang the bell, sending out the alarm. In a very short time the fairies were gathered together and following the butterflies as quickly as they could.

“Well we better get moving again. We want to get out of these woods before it starts getting dark.” the one nameless guy said.

They took turns carrying Princess Iridessa as they headed down the path once more.

Suddenly a whole flock of ducks came out of nowhere and started biting at their legs! The nameless men were jumping around like crazy, yelling, they dropped the net that Princess Iridessa was in and took off running.

The fairies flew around the net and untangled it, letting Princess Iridessa out. Felicity then gave her an injection to counteract the sleeping potion that she had been given.

Opening her eyes, the Princess looked around.

“Why am I sitting on the ground? What’s that net doing beside me?”

Felicity gently explained what had happened to her. Princess Iridessa was horrified by the fact that she had been kidnapped and almost taken away!

“I can’t thank you all enough for saving me!” she said, with tears in her eyes.

Laylie squeezed her hand and said, “We are just so relieved that all is well now! Lets have a big party tonight!”  The fairies cheered in agreement.

Later that evening they had a party with all the food you could want, roast beef, ham, chicken and turkey. Vegetables galore as well and of course the sweet honey cakes and ice cream.

Tiny Fairlight sat off by herself watching everyone celebrate.  She didn’t feel like celebrating, she felt guilty. How could the fairies do this? She knew they wanted a Princess so badly, but they were going about it the wrong way. You couldn’t just keep someone from their home. Surely her family must be worried, if she had a family.

She had to find out the true story about Princess Iridessa.  If she did have loved ones missing her, Fairlight was determined that somehow she would get her back to them. She continued to be lost in thought as the party went on around her.  Who were those nameless, funny looking guys? Were they really as bad as Felicity had said? Were they trying to return her to her home or … ?