The farmer walked into the house, ready for a good meal. He had worked long and hard in the fields.  He was tired and very hungry.

“Your stack of pecan pancakes are ready for you dear, along with some scrambled eggs.”

The farmer smiled as he sat down at the oak table. He did love his pecan pancakes, and he saw that his wife remembered to put whip cream on top of them. Oh, he was a lucky guy!

His wife came out of the kitchen and frowned when she noticed what was standing up against the wall beside their front door. It was the farmer’s very worn, old shovel.

“Why didn’t you leave that outside?” she asked.

The farmer glanced up and swallowed his mouthful of pancakes before answering.  He wore a sheepish grin. “Sorry dear, I was so anxious to taste some of your delicious cooking that I just plumb forgot I had it in my hand when I came in the door. I will take it back out to the barn after supper. ”

They enjoyed talking as they ate. Laughing, as they reminisced about their dating years. They didn’t have much. Their house wasn’t anything big and no showpiece to look at, but it kept them warm.  The love between them burned as much as it did the first day they met.

After supper was over, the farmer started a fire in the fireplace to warm up the little house, sometimes it could get pretty chilly at night. His wife did some crocheting as he got wrapped up in a mystery that he was reading.

A hour later his wife called to him. “Honey! Honey!” He didn’t hear her as he was snoring away, with the book on his lap.

She smiled tenderly, he worked hard, its not a wonder he fell asleep. She grabbed a wool blanket and laid it over him. She stoked the fire in the fireplace and laid a few more logs on it to keep it burning through the night. Yawning herself, she decided to call it a night and walked back to their bedroom to go to sleep. At least his snoring wouldn’t keep her up tonight.

A few hours went by and then the clock struck midnight. The farmer was still sleeping soundly snoring away and his wife was enjoying a peaceful night’s sleep.

No one noticed the shovel, that was still standing upright in the corner, by the door. A strange greenish glow started to appear around it. The glow got brighter and brighter and then as quickly as it came, it went away.

The farmer rubbed his eyes as the sunlight streamed through the windows. His back ached some from being in the chair all night, but he was glad that he got a good night’s rest. He felt ready for the day ahead.

“Whoa! What….What was he looking at?”  He rubbed his eyes again, thinking that perhaps he was still dreaming! He opened them slowly again, nope he wasn’t dreaming, it was still there!

He walked over to it and touched it, yup, it was real alright! But how??? He scratched his head as he tipped it back to stare up at his ceiling, which now had a big hole in it! A hole made from one gigantic beanstalk!

He heard his wife coming down the hall and saw her eyes get round as saucers. She opened her mouth to speak, but nothing came out. He didn’t know if he had ever seen his wife speechless before! She just stood there and stared, with her mouth agape!

That’s how they were when suddenly a boy came down the beanstalk into their home!

“Good Morning! My name is Jack, how are you?”

The farmer and his wife could only stare at each other in great shock.

The boy laughed. “A little speechless I see, no problem, i will explain.”

They watched him walk over to the corner by the door and grab the old, dirty shovel that was still up against the wall. “I am here because of this! You have the magic golden shovel!”

At those words the farmer found his tongue and laughed. “Magic? That old thing! That thing is so worn, for it has dug so many holes for me in the field, and its definitely not golden!”

The boy picked up the shovel and the farmer and his wife watched in astonishment as a green glow circled the shovel and right in front of their eyes, it became the shiniest golden shovel you ever did see! 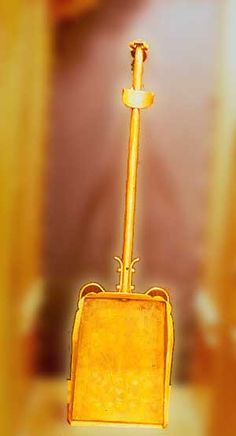 Jack was smiling at their astonishment. “Sorry about the hole in your roof, as soon as I climb back up this stalk, all will return to normal. But first you both may make 3 wishes, for you have the golden shovel.  A shovel can only become golden when it is used many times, just like this one has been. So speak your wishes and they will be granted to you  in a flash!”

The farmer couldn’t believe it, he was about to be rewarded for all that back breaking work he did digging holes.

He thought for a moment and then with a sparkle in his eye he said, ” I would like my wishes to be ….”

What do you think he wished? What would you wish if you had a magic shovel?