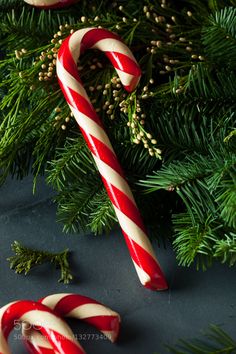 It started out as a nice evening. There was a chill in the air, but it wasn’t too cold to be out. We were watching a Christmas parade in a town not too far away from us. They were playing Christmas music before the parade started and I had to laugh as “The Christmas song” by the Chipmunks was the first song played, thinking back on my Monday’s post.

After the parade we watched a short but cool pyrotechnic light and music show. It had been put together by a 17 year old and we were impressed. During the show I enjoyed my sweet candy cane. Afterwards my husband and I decided to take a leisurely stroll through downtown and visit some of the unique shops they had.

My legs started getting itchy and in not much time at all the itch was becoming intense. Have you ever tried walking and scratching your legs at the same time? Not that easy to do. By the time we found a place to sit down, I realized that I was into a full blown gluten allergy reaction as I scratched my legs like crazy! But I was totally perplexed! We had eaten supper at home and all I since then was a simple, sweet, candy cane.

My husband googled and we were both surprised to read that not all Candy Canes are gluten free! How can they not be gluten free! I thought they were just made up of sugar and flavoring and more sugar, but nope wheat flour is an ingredient among the butter and eggs. There was our answer, though still perplexing, for you think about how little a candy cane is and I am sure the amount of flour couldn’t be that much!

I was diagnosed with Celiac over 9 years ago, the Doctor had noticed that my liver enzymes were very high and didn’t know why, and through more testing celiac was diagnosed.

I have eaten candy canes since being diagnosed, but do not remember ever having a reaction to them. But there was no doubt this was a allergic reaction as there was a rash on my legs, amidst the bruises, which has happened before when I had gluten. The bruises are from me breaking blood vessels because of scratching so hard.

I am fine now, besides my legs looking like they got in an accident. I did start itching everywhere but the rash stayed on the legs. Why did I react this time and not before, who knows. My body may have just did a better job of getting rid of the gluten before and this time threw a fit about it. This is why I do my best to steer clear of anything that I know has gluten, for I never know how my body may react, and its not worth the momentary pleasure of eating something good, knowing I may pay for it later. Whether through an upset stomach, migraine headache or a rash. Perhaps the “sweet” candy cane had bothered me before, but I blamed it on something else, never thinking that a little,  “sweet”, candy cane could be to blame.

Studies show that celiac is far more common now than it was 50 years ago. Is that due to it just not being diagnosed before, or due to food being grown and processed differently now? Are we making food worse for us and that’s why food allergies keep growing? What do you think?

I don’t know the answer, but I do believe that I will be giving up candy canes, for to me they are not so sweet!

26 thoughts on “When SWEET is Not so SWEET!”