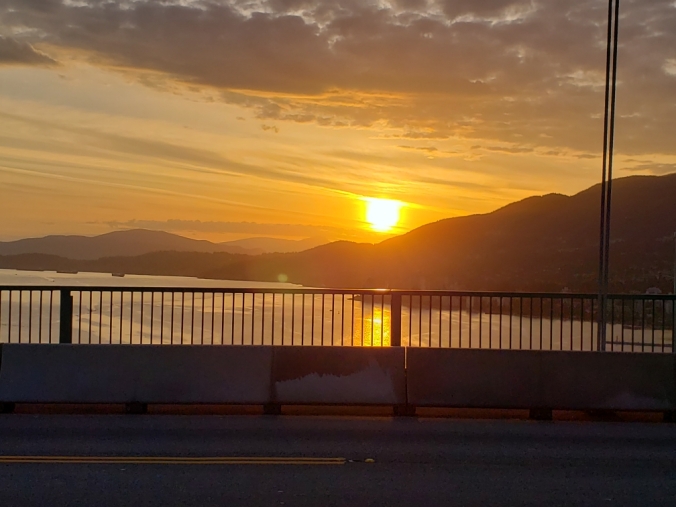 The picture is real, the following story though is not. 🙂 I just decided who needs pics from Pinterest to inspire stories when I have a whole slew of vacation photos!

The Bridge of Love

Jeremy stood on the bridge watching the setting sun. Memories tumbled through his mind. It was like his favorite movie playing, allowing him to hit pause and rewind whenever his favorite memories made an appearance.

Time had passed so quickly, but it was full of moments which had left their mark on his heart.

He put his hand in his pocket making sure the special box was still in there.

This was a beautiful spot he thought, as he watched the water flow, with thoughts of her flowing through his mind. Her voice rang in his head as clear as a bell. He was deaf to the sounds of traffic whizzing by. All he could remember was that moment when he had first laid his eyes on her and they were lost in time as they began to talk.

Jeremy rubbed his hand against the box once more. The hand that was now getting sweaty as his heart started pounding a little louder in anticipation of what was to come.

He ran his fingers through his hair, did he look alright? He smoothed down his shirt, perhaps he should have chosen a different tie.

He drew the box out of his pocket and opened it. It was still there, tucked securely in the velvet lining and shining bright. He wasn’t dreaming, this was all becoming real!

Jeremy drew in a deep breath, snapped the box shut, tucking it back in his pocket securely, as he started walking down the bridge.

He was planning to pick her up by 8. He was ready. Ready for their love to make a bridge, leading to many grand adventures! 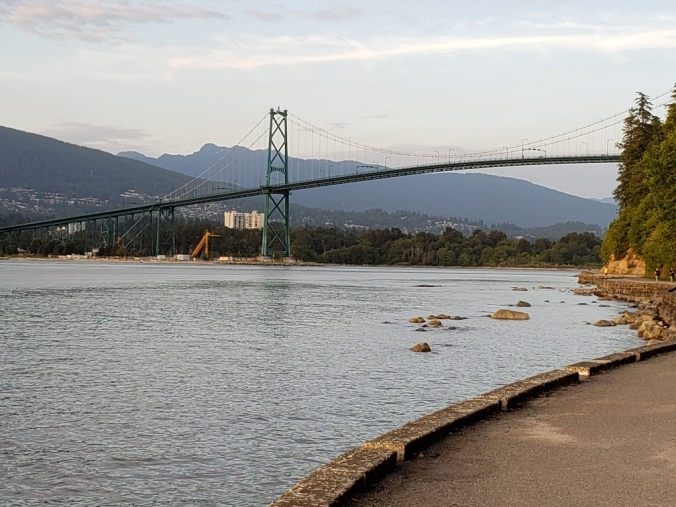 In case you are wondering, my legs can attest to the fact that this is a very long bridge! Viewing the sunset from the bridge though was very pretty!

33 thoughts on “The Bridge of Love”