He found himself caught in another rain storm. The rain didn’t sour his mood though for he had a special date tonight with Dorindaur.

Drewsilla kept walking through the rain. He was running late, for he had to finish watching the great one and only Incredible Hulkaurus! He loved seeing him turn all green when he was about to show his incredible strength! There was always a special glow around him.

He kept walking and saw the Wise One, Lewsarus,  on the hill.

Perhaps he should stop and visit with him for awhile, surely Dorindaur wouldn’t mind. She did at times question the Wise one’s wisdom, but than again it seemed all the ladies doubted his wisdom. Ever since that one time when he was leading them to a new land and he ended up getting lost.  He had asked Clarkcus for help, but he was no help. They just kept everyone wandering around in circles until finally Sacageraurus , helped guide everyone back home. She was then known to everyone as the wise explorer who helped Lewsaurus and Clarkrus find new land.

Drewsilla figured that a few minutes wouldn’t hurt. He stopped and they chatted, and what was supposed to be just a few minutes turned into an hour! They hadn’t been paying attention to the time, for they were engrossed in conversation and one thing at a time was enough for them to focus on.

Drewsilla picked up his speed, for now he was a little worried about how Dorindaur would react to him at being so late for their special date. At least he had remembered the flowers for her! Oh No! Where were the flowers? He must have put them down when he was talking to the Wise One. Oh ding dang dino rus, he was in trouble for sure!

He started to run even faster and then he saw her and his heart sank. She was waiting for him and she wasn’t looking very happy, not happy at all! 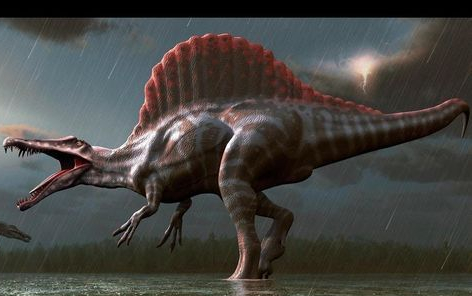 No one saw Drewsilla after that night. The story is told that Dorindaur sent him away for there is no fury like a dinosaur who is kept waiting for her date!

Apparently he went around asking to stay with his friends and they felt sorry for him but their wives wouldn’t let him stay. So all his friends decided to go with him. It was dark and very late, but they figured they would take a long walk and then return home once everyone had cooled down.

Legend has it that they never returned. It is believed that they got themselves lost and could not return home, for they did not have Sacajeweraurus to help them this time.

And now you know the true story of why the dinosaurs are extinct!